Skip to content
You are here:HomeNews Where to Find Active Volcanoes in the Philippines? 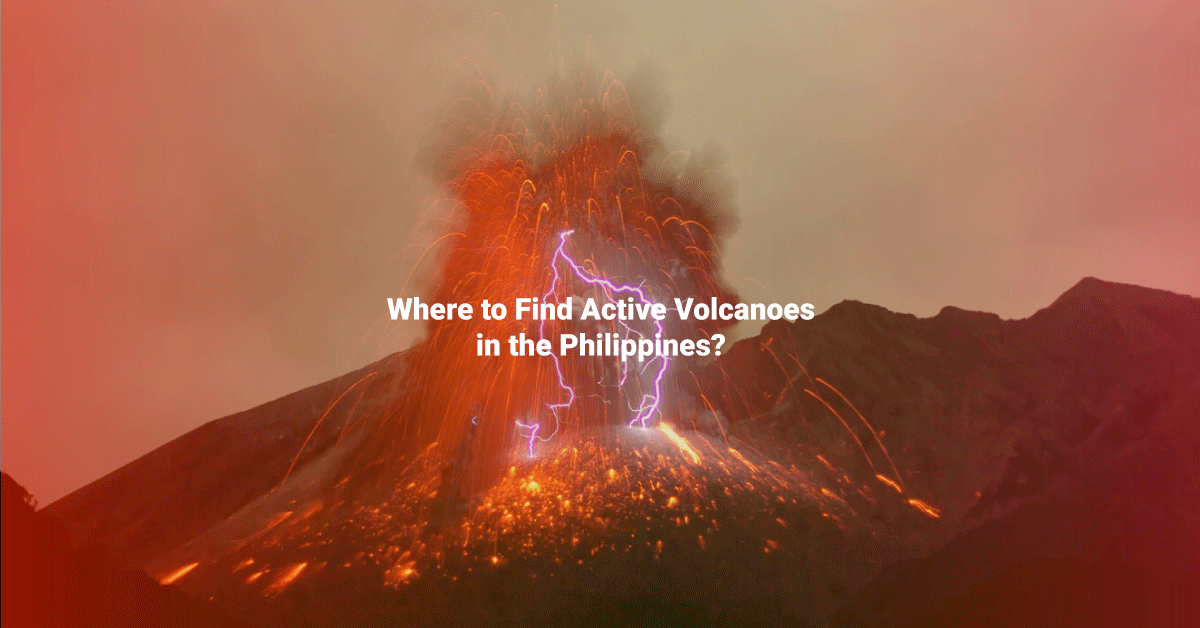 Taal Volcano is emitting steam-laden plumes again that reached up to 300 meters high. It remains at Alert Level 2 so residents within the 14-kilometer danger zone are advised to stay alert and updated on the news.

According to the Philippine Institute of Volcanology and Seismology, there are 24 active volcanoes in the Philippines. It’s important to be familiar with the most frequently erupting volcano such as Taal Volcano in order to practice proper safety measures.

Let’s get to know the most active volcanoes in the Philippines with this short guide:

The perfect conical shape of Mayon Volcano remains a sight to behold in Albay. It is one of the most beautiful active volcanoes, not just in the Philippines, but also in the world. However, this beauty can be dangerous as it recorded 51 eruptions, with the 1814 eruption as the most violent in the record.

Another interesting volcano in the Philippines is the Taal Volcano. Despite being a small volcano, it’s ironically the deadliest. It is located in Taal Lake surrounded by the 25-kilometer wide Taal Caldera.

This is a famous volcano in the Philippines because of its beautiful scenery that is truly unique. There are only 2 eruptions recorded, but are indeed the most devastating for the locals, especially during the 1991 eruption. Some of the interesting activities here include volcanic mud spa, hot spring swimming, camping, and trekking.

Ash explosions and phreatic eruptions are common to this volcano in the province of Sorsogon. This is popular because of its natural hot springs and amazing views including a sea of clouds and the ocean.

This is the Philippines’ third most active volcano with 30 eruptions on the record. Typically, the eruptions of this volcano is only mild and phreatic which means only ashfalls are experienced.

The province of Biliran in Leyte nestles a solfataric volcano known as Mount Biliran. There are lava domes formed that comprises the Biliran Island. Other scenery you can enjoy are waterfalls, rice terraces, beaches, and mountains.

This stratovolcano in Davao is the Philippines’ highest point. Apo Sandawa or simply called Mount Apo is 3,144 meters above sea level. It’s not completely active, but the Phivolcs currently deem it as potentially active.

In an island in Bohol Sea sits a young stratovolcano named Mount Hibok-hibok. It only has 5 eruptions in its history. Today, hiking is the most popular tourist activity in Camiguin Island which you can reach from a pier in Cagayan de Oro via boat.

Any cookies that may not be particularly necessary for the website to function and is used specifically to collect user personal data via analytics, ads, other embedded contents are termed as non-necessary cookies. It is mandatory to procure user consent prior to running these cookies on your website.